KSW this time back in Poland - Krakow Tauron Arena


The most unanticipated MMA battle between two friends and best polish MMA fighters in KSW federation will face each other for a International KSW title. For a long time both fighters were pledging that such fight will never take place, however as fans and KSW pressed we finally at the point where we will be able to watch both of them in the cage.

Here is the introduction to their fight with english subs:


They are the fight of the night which all fans will be waiting for, however there are two other belt titles fights and untitled fights will also bring lots of excitement to fans of MMA and KSW federation. 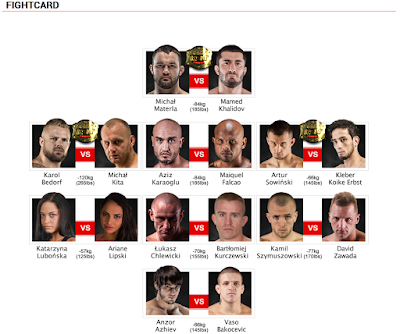 Some exciting fights awaiting us, if you were not able to obtain tickets for the KSW we can watch it via pay per view.

Muay Thai Grand Prix, the premier Muay Thai and K-1 UK based promotion featuring competitors from all over the globe. 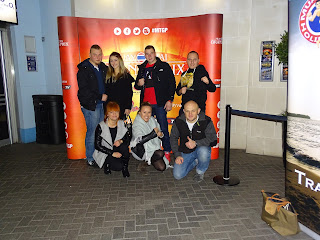 #MuscleMassBrothers and friends supporting our friend Krystian Ozog at o2 indigo. After taught security search we have reached the venue. Excited to see the fights that were awaiting inside! The battles has been awesome but the one that was most awaited for has been a number #14.

Highlight of the fight

Our friend Krystian Ozog (GMMA) had his first huge professional  event at o2 Indigo contesting experienced Muay Thai fighter Michael Pham (Team Tieu). The fight has started unfortunately for Krystian (Blue corner) a bit to slow at first, however after second round the cards has flipped and we were in hope for Krystian to win the fight. However the decision by the judges was unanimous, perhaps one more round would change the verdict. Furthermore, the fight has been a great show with exciting twists in action without a stop. Even though MuscleMassBrothers has been there to support Krystian in his rumble we were happy to accompany him on his journey and our looking to future amazing fights!

Train with Krystian and GMMA Academy in London (Shepard Bush, Southall and Croydon)

Muay Thai Grand Prix 2015 at o2 Indigo has been a great event with unthinkably high number of fights in one evening/night. 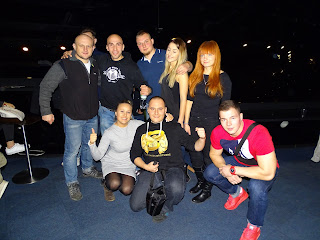 Muscle Mass Brothers at the venue supporting our GMMA fighter Krystian Ozog at the awesome and infamous o2 indigo! 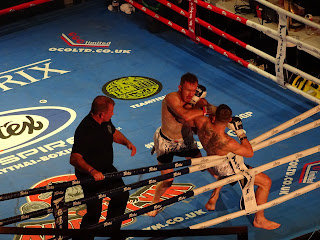 The event consisted of more than 20 fights at one evening/night! With few KOs and title fights as well as a four men tournament. 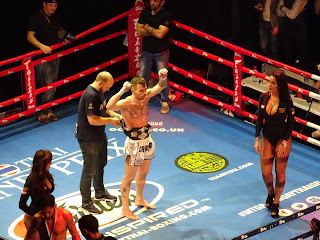 The event has been a great experience for anybody interest even slightly in martial arts, Muay Thai or K1. We would not even think that each one of the fight would be such great show. There were twists in action from KOs to split decisions. Fighters has shown awesome spirit and each fight has shown different skill set and emotion. 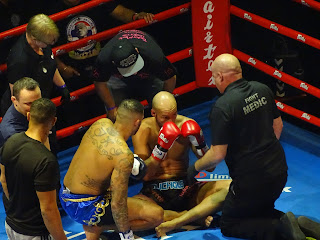 The fighters has shown gratitude and respect to their opponents before and after the fights, spreading the great sport experience. 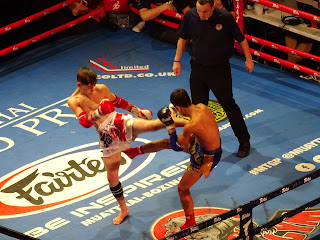 Even the youngest fighters has shown that age does not matter. They have fought well and showed off in the way, some adults would like to. 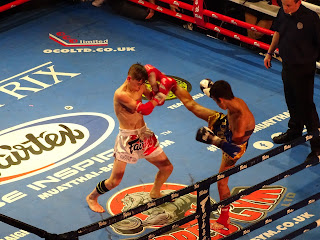 None of the fighters gave up and fought until the end they have all fought at the highest level. 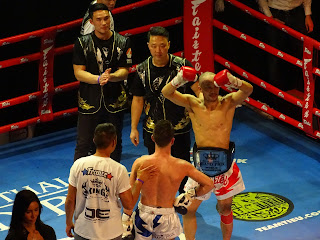 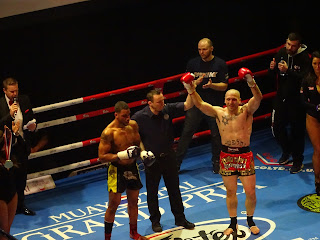 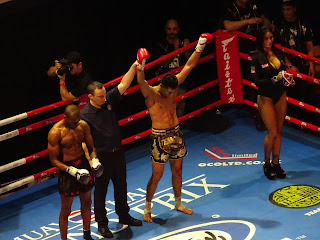 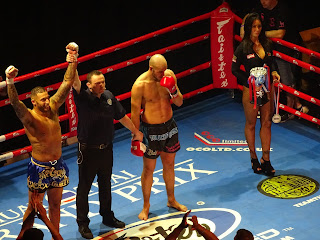 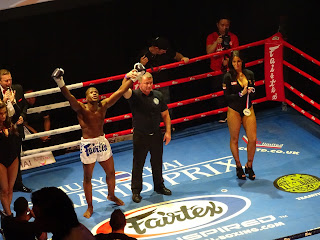 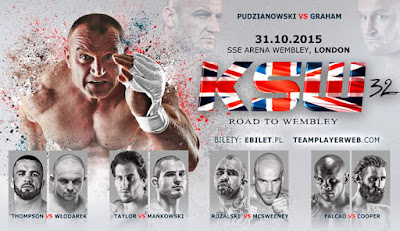 MMA aficionados from all over Britain will be now able to witness the most spectacular combat sports event in the world, featuring some of the most exciting European fighters competing in the KSW’s circular cage.

In the event’s headliner five-time World’s Strongest Man Mariusz Pudzianowski (8-3, 2 KO, 2 Sub) will fight for the first time on UK soil. In five years of his professional career, the world-famous athlete has made an incredible metamorphosis from a freak show attraction to a complete mixed martial artist. In his most recent outings Pudzianowski defeated two former UFC fighters Sean McCorkle and Oli Thompson as well as judo Olympic champion Paweł Nastula.

Also on the card, one of the most decorated heavyweight kickboxers in Poland and the extraordinary personality Marcin Różalski (5-3, 3 KO, 1 Sub) will make his return to professional MMA after one-year hiatus. After collecting three consecutive victories over Rodney Glunder, Paul Slowinski and Nick Rossborough, the mighty Pole was matched against kickboxing legend Peter Graham last October. Before he lost due to knee injury in the second, he was going blow for blow with a dangerous Australian. Now he returns to KSW cage for another memorable war.


Including the announced headliners, KSW: Road to Wembley will feature some of the biggest and most recognizable KSW stars along with top British fighters in the seven main card bouts.

Pudzianowki (9-4) was visibly exhausted in round two, and Graham wasted no time in attacking on the feet. Pudzianowski’s only response was to fall to his back, which allowed Graham to go to work with ground-and-pound. When “The Chief” decided to return to his feet, it took some serious effort just for Pudzianowski to follow suit.

Moments later, Graham sent his reeling foe to the canvas once more, and from there, the finish was academic. The defeat snaps a four-fight winning streak for Pudzianowski; Graham, meanwhile, won for just the second time in six outings.

Moments after losing a point for landing an illegal knee, Borys Mankowski submitted Jesse Taylor with a guillotine choke to retain his KSW welterweight strap in the evening’s co-main event. The end came 3:02 into round one, giving Mankowski his fifth straight triumph in the Polish promotion

Winner: James McSweeney (Rear-Naked Choke)
Round 1 - Time 2:16
James McSweeney took fellow kickboxer Marcin Rozalski out of his element, submitting his opponent with a rear-naked choke 2:13 into round one of their heavyweight clash. The win snapped a two-fight skid for the London native, who initially rose to prominence during his time on “The Ultimate Fighter 10.”

Tomasz Narkun avenged a previous loss to Goran Reljic in decisive fashion, as he captured the KSW light heavyweight title with a first-round technical knockout victory. Narkun put his foe away with a pair of massive right hands from inside guard at the 1:55 mark.

n a battle of up-and-coming lightweights, Poland’s Mateusz Gamrot earned a technical knockout victory over Russia’s Marif Piraev. A barrage of hammerfists from top position brought a halt to the contest 3:21 into round two.

Jim Wallhead avoided the traps of submission specialist Rafal Moks en route to a second-round technical knockout triumph in a welterweight scrap. A left uppercut-right hook combination from “Judo Jim” sent Moks (10-8) stumbling backward to his seat, and a follow-up left put the Pole out for good at the 2:26 mark of the period.

Oli Thompson defeated Michal Wlodarek via disqualification when Wlodrek landed a pair of illegal knees to his downed foe in the third stanza. After a brief halt in the action, the English strongman, bloodied near his left eye, informed the referee that he was unable to continue and was awarded the victory.

Maiquel Falcao scored a resounding knockout victory over Brett Cooper in a middleweight contest. A perfectly-placed right cross dropped the former Bellator MMA title challenger, and Falcao landed just one follow-up punch on the mat before the bout was halted 59 seconds into round one.

In the evening’s opening bout, Polish prospect Leszek Krakowski kept his unblemished record intact, taking a unanimous decision over “The Ultimate Fighter 9” alum Andre Winner in a lightweight bout. Two judges scored the contest 29-28, while a third saw it 30-27, all in favor of Krakowski.

Muscle Mass Brothers, have enjoyed the event with great twists in action and awesome performance from the fighters. We are looking to attend more of KSW events and lets hope they will come back to London or UK in near future.